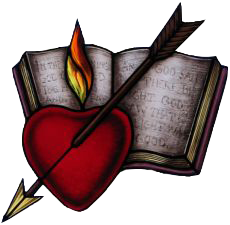 When tracing the history of the Augustinian Order many historiographers over the past three centuries seem to have concentrated on Italy and Spain, those great bastions of intellectual endeavor. This was only logical considering that the earliest evidences of the Augustinian Order’s evolution and development did occur in what has come to be termed Europe’s “southern tier”. However, the twentieth century witnessed a veritable deluge of literature dealing with the Augustinians in central and eastern Europe, hitherto listed in those less travelled areas of historical interest. Though far from exhausted, Augustinian historical research in central Europe still awaits the panoramic yet specialized scholarship of Fr. Francis Roth in pre-Reformation English and pre-Revolution French Augustinian history. Nor can we ever bypass the magisterial opus of Fr. Adelboro Kunzelmann on the German Augustinians or the invaluable inventory of the Polish Augustinian archives recently edited by Dr. Waclaw Kolak. But it would be terrfibly unfair to deny tribute to those who under great difficulties have kept Augustinian contributions alive in the Czech Republic. At the great risk of omission we should mention the work of Dr. Karel Mares, Dr. Jan Outrata and the truly invaluable study of the Codex Thomaeus of Dr. Jaroslav Kadlec upon whom this short work depends for much of St. Thomas’ earliest history.

As in every facet of life, history has its own reasons. From the Hussite wars and subsequent Reformation polemic through the Josephenist suppression of the eighteenth and nascent anticlericalism of the nineteenth century climaxing in communist repression through four decades of the twentieth century the Order’s very existence no less intellectual endeavors were constricted. But despite such odds, hope never failed the remnant that survived the maelstrom. It is only fitting that in preparation for the impending 775th anniversary of Saint Thomas and Saint Augustine’s Church that this small literary contribution should celebrate the victory of all living and dead Augustinians, their parishoners and benefactors whose heirs we have become.

First, in order to understand something of this accomplishment we must acknowledge those twin roots of Czech culture emerging out of late Byzantine and medieval German influences. Second, the arrival, implantation and early successes of the Augustinians in the kingdom of Bohemia centering on the role of the royal foundation of Saints Thomas and Augustine Church and monastery in Prague. Third, following the “scorch earth” policies of successive Hussite and Reformation parties culminating in the still controverted “Catholic” victory of Bila Hora (White Mountain) in 1620, current Czech attitudes toward institutional Catholicism were formed and as such still remain potent forces to be reckoned with in society.

© 2020. All Rights Reserved Designed and Developed by UX Solutions